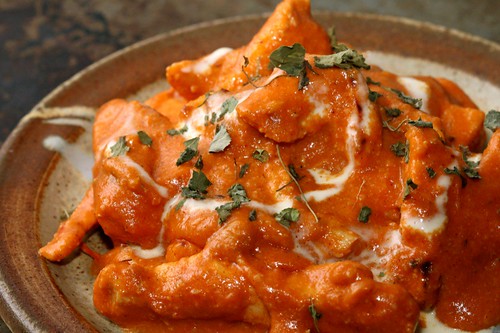 Lucy and I were at an Indian festival a few years ago when we ran into an Indian fried from uni. When I mentioned that we were about to get something to eat, she looked at us and said, "Oh, you should get butter chicken. White people love butter chicken!" I felt vaguely offended at the stereotype, but when you think about it, white people kinda do love butter chicken. It's on the menu of every western Indian restaurant, and its close cousin tikka masala has been called England's national dish. If you ask me, the stereotype is accurate. I can say that, too — some of my best friends are white!

With such a popular dish, everyone has an opinion on how it's meant to be made. This recipe belongs to Alfred Prasad, the head chef of Michelin-starred Indian restaurant Tamarind (that's how you know it's good). I first saw him teach a chef how to make it on Gordon Ramsay's Kitchen Nightmares, and a bit of googling turned up the recipe and an instructional video online. I find those videojug recipes dreadfully slow to watch, so I've reprinted the (slightly modified) recipe here and broken it down into its separate stages. Give it a go, you'll have white people falling to your feet in no time. 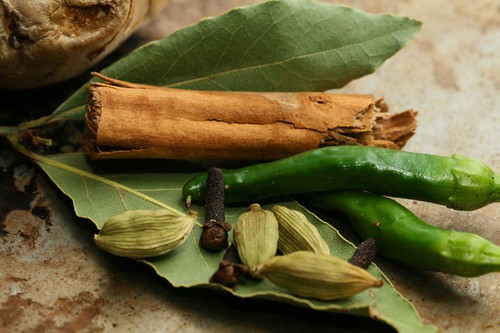 1. Mix all of the ingredients except the chicken together, then add the chicken and mix well to ensure it's completely coated with marinade. Cover and marinate in the fridge for at least 4 hours.
2. Fire up your tandoor, or much more likely your oven grill/broiler. Spread out the chicken in one layer on a baking tray, and cook under the grill for 5-10 minutes until the outside is well browned (a bit blackened in parts is fine, encouraged even). Set the chicken aside for the final stage.

1. Heat the oil to medium heat then add the cinnamon, cardamon, cloves, and bay leaves and cook for 2 minutes. Add the ginger and chillies and cook for another minute.
2. Add the tomatoes, chili powder (if using), honey, and tomato paste, 1/3 cup of water and cook for about 20 minutes, until the tomatoes break down and thicken. Remove and discard the cardamon, cloves, bay leaves, and cinnamon sticks and blend what's left until smooth.
3. Return the blended sauce to the pan and add the kasoori methi and cashew paste. Salt to taste and simmer gently for 10 minutes.

Bringing it all together

1. Melt the butter in a hot pan, then add the chicken and cashews and fry for 3 minutes. Cover with the sauce, the cream, and simmer together for 3 minutes. 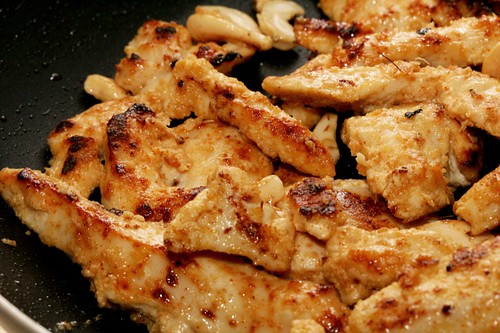 2. Remove from the heat and stir in the butter which should melt into the sauce. Decorate with a drizzle of cream and serve.

(1) The easiest way to do this is in a mortar and pestle with some coarse salt. However it should be fine to add them whole.