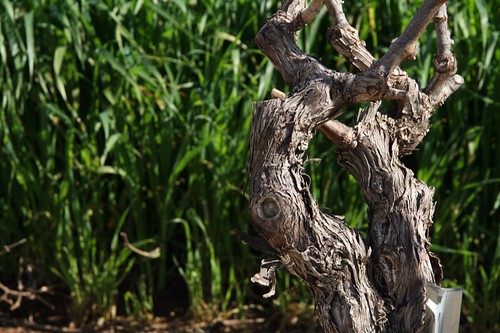 Why did the scarecrow get a Nobel prize?

Because he was out standing in his field!

For a second pancake equlivalent of this joke, feel free to continue on with this post. This post will be slightly less funny, but every bit as unrelated to hair brush design. It will focus slightly more on the Barossa Valley, and will have one or two more meetings with winemakers, but it's otherwise pretty much the same.

It does have a recipe though, and probably the best recipe you're ever going to find on this site. 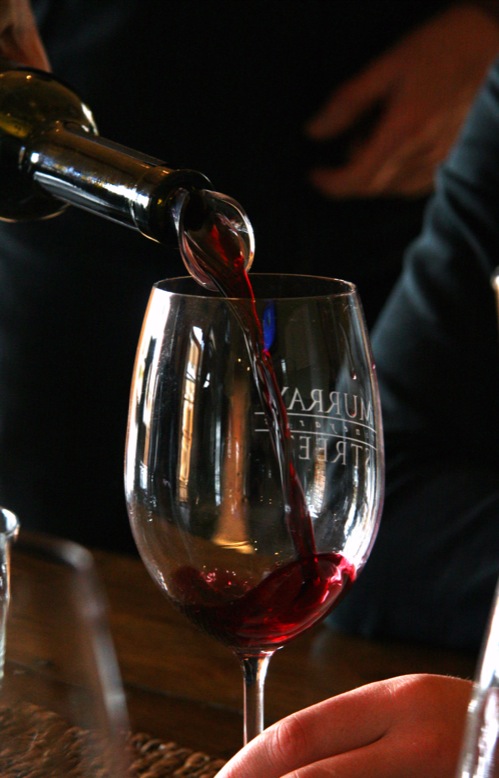 After the magnificent Saturday adventures, we kicked off the Sunday with a trip to Murray Street, a winery that is the Barossa equivalent of warm socks on a Winter's day (read: awesome). They operate with a kind of wine-styled degustation here: when you enter, you're invited to take a seat and your host will bring the wines to your table, one by one, pour them for you and then leave you to enjoy them at your leisure. It's a very relaxed, luxurious way to start the day, and the wines are suitably magnificent. They are each finely balanced, in a quite sophisticated and elegant way. Nothing too brash, nothing too big or alcoholic, just quiet and refined. Murray Street is a winner.

Okay. You know how Murray Street is like warm socks on a Winter's day? Well, if so, Torbreck must be a triple layer of ultra-thermal microfibre volcano-powered jalapeno-infused supernova-style heat factories on the coldest of nights on Pluto's far side. In Winter. When it's wet. Torbreck is incredible. There's actually a new country, just recently recognised by the UN. It's called Credible, and Torbreck is in it. So is Charles Mingus, coconut curries, and inside-out satin boxer shorts, incidentally. 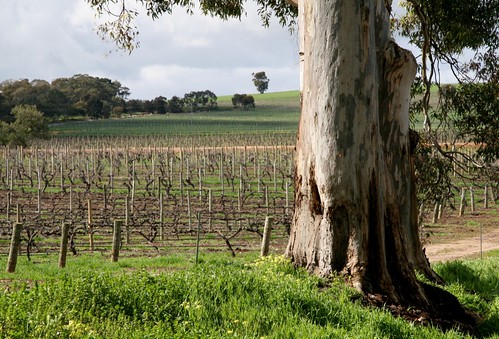 So: Torbreck is good. We enter and see a sign that says a wine tasting is five dollars. That scares off a few travellers, but a couple of us remain to try it out. A tasting fee is ridiculous, in my opinion, unless the wines are a particularly premium range that are so expensive as to deserve it. Torbreck certainly qualifies here. Most of the range sits around the $100 mark, with one at $225. And, unlike many other outrageously overpriced wines, most of these ones deserve this pedigree. Each one is extraordinary. This is simply a meeting of an artist with the perfect medium. It happened with Picasso and Guernica, it happened with Louis Armstrong and West End Blues, it happened with Michaelangelo and David. And it happens every year at Torbreck.

I have to stop writing about it now, because I'm going to drool on my keyboard soon.

Whichever winery came next was going to have a hard time impressing us, but even if Torbreck had made their wines out of gumboots and bubble gum,Kellermeister would have struggled. They had a nice fire, which was one thing going for them. There wasn't much else. The list was too long, with too many sub-par wines and nothing memorable. Oh, wait, there was a memorable one: the 'pink mink', the horribly ugly bottle with an equally ugly wine inside. "A flavour best described as delicious", the site says. Wrong, wrong, wrong. Enough about Kellermeister. Let's move on.

Let's move on to Yaldara. And a lesson on prejudice. As we enter, we see a sign that says "Gate 7", and another further on that says "Bus parking to rear, freight to Gate 3". This is usually a good indication that you're about to enter an assembly line style winery that is all product and no passion. Thankfully, Yaldara proves us wrong. It's certainly big and grand, but the people are quite genuine and the wines can stand on their own merits without the marble pillars and pannelled oak that surround them. There is a fine Riesling, and a vintage port (from 1985! My birthday year!) that stand out, but nothing here would be unwelcome at the table.

We're about to head back to Adelaide, but decide to hit up one last place before we go. It's a good thing we did, because it is at Gomersal that we found the most amazing recipe ever:

How to drink with a winemaker

Now, some may say that the recipe doesn't go into enough detail. Well, I say that cooking is about interpretation, it's about experimentation. Haven't you ever changed the amount of sugar, or added some lemon juice to a recipe? The same kind of innovation is required here. Simply go to a winery, with some cheery friends, and meet a winemaker.

In this case, the winemaker entered into conversation with our history-studying friend, and after a moment or two invited the five of us out to the back of the winery to join a party for a friend's mother's 90th birthday. There, we found a table of Barossa locals outnumbered by the bottles of wine around them. As we sit, our enthusiastic host, Barry (aka Bazza) opens a bottle of his GSM (delicious) and tells us to try some. Or, to be strictly accurate, he tells us to "have a fuckin' crack at it". This bottle is followed by another GSM, a shiraz (also delicious), one from another winery, then another of his GSMs, then a bottle of vintage tokay that he's been keeping for years and hasn't ever released. These bottles are all accompanied by hilarious, increasingly intoxicated conversations on anything from romance to prison time to wine tasting.

Unfortunately, a 6:20pm deadline in Adelaide means we miss out on more wine (and the prospect of a home-cooked meal with a winemaker!). As we leave, the Barossa farewells us with a magnificent sunset; a fine addition to a belly full of wine and a weekend full of fun. 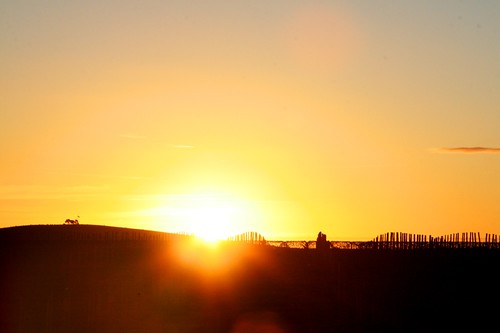